Emotions flow as water from the hearts of others to ours

Water is the second of the five main elements in the science of the ancients. It is associated with the color blue and the characters Andrew and Xetal from the world of Svevi Avatar. Find out why and how as the multi-media universe of Svevi Avatar unfurls through books, movies, and television series. Visit this page often as the significance of the element of water is gradually revealed. 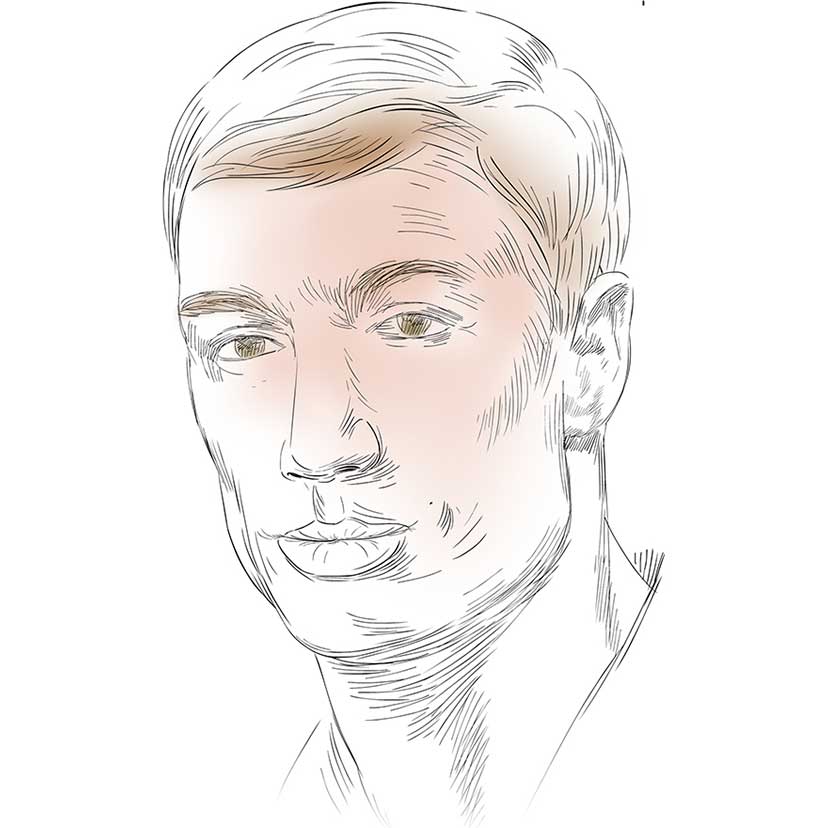 Despite being descended from the first Europan settlers of Constantina and raised by a zealously patriotic father, Andrew chose a life of pleasure over politics. But when he miraculously recovers from a mysterious stroke, his mind is opened. Which side will he embrace in humanity’s battle?

“All I know is that I have to find my father. He hated the ruthless Guardians with a passion. They persecuted us for no reason, like they continue to persecute the people of… Kanata. In Constantina, it’s our religions that kept us Kuni strong for the past four centuries. We’ve been persecuted for even longer than that, you know. And God’s commands helped us survive the hardships of that persecution.” 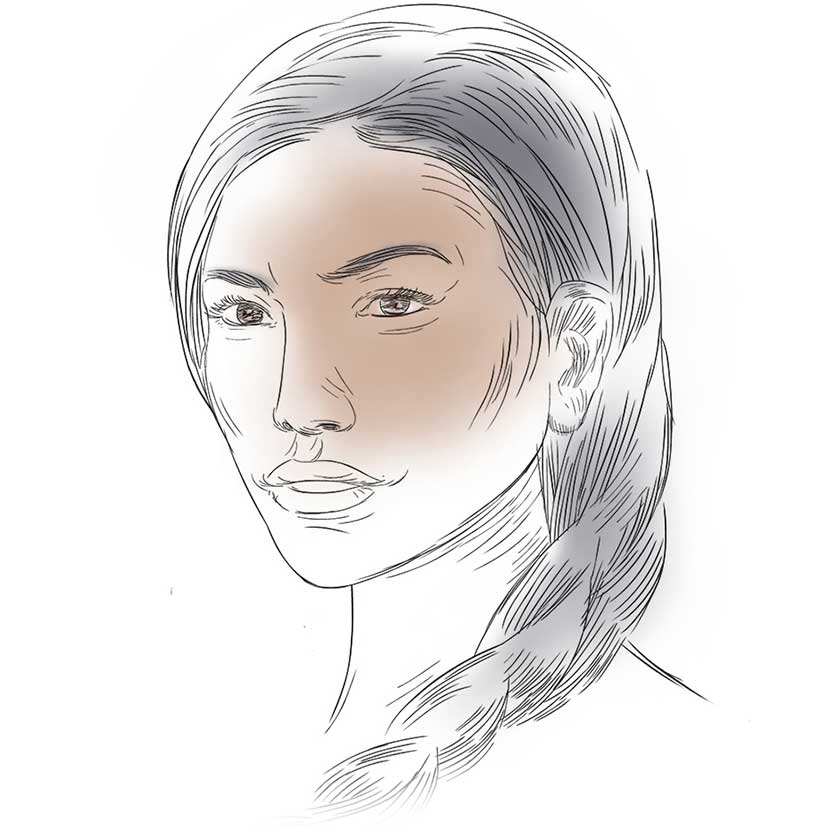 Indigenous to Kanata, Xetal was raised to love and live symbiotically with all living beings. But when the Kuni of Constantina threaten the wellbeing of her people and their ancestral lands, she comes to their rescue. Will her gentleness be an impediment to confront the belligerent settlers?

“Know my thoughts. Close your eyes…. Let me fill you. Listen to the rhythm of my heart. Count the number of times my heart beats into your body…. Smell the berries in my hair…. Taste the saltiness of the air…. Touch the softness of the cloth I wear….”

GLIMPSES Peek into stories from the world of Svevi Avatar. 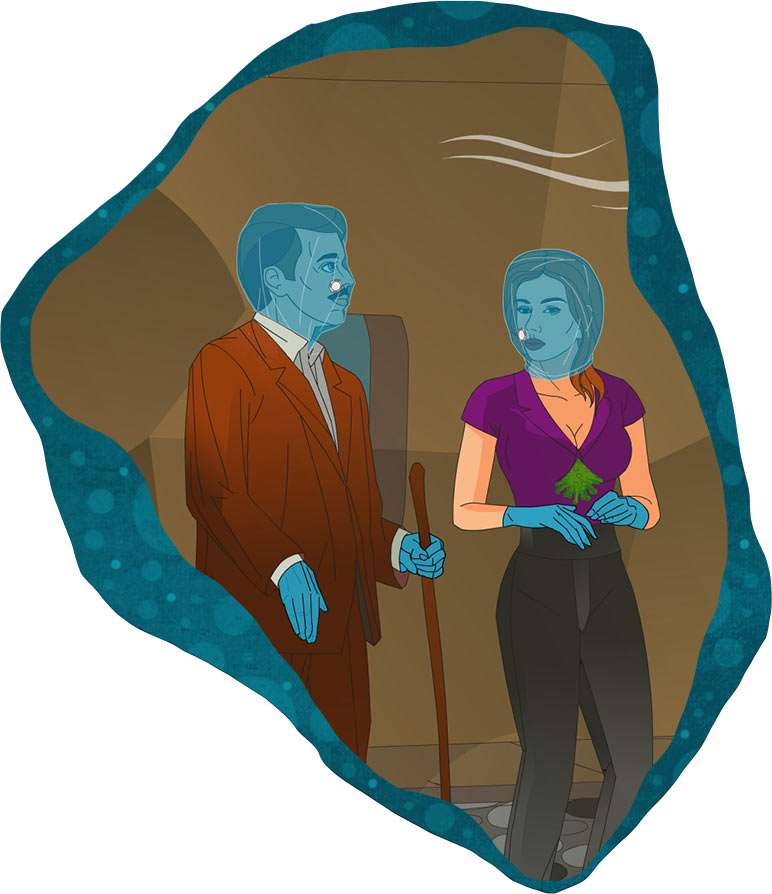 “Hello there,” a woman’s voice called to him. “Wait up.” Bunim stopped and slowly turned. It was the woman from the crowd, the one with wavy brown hair and clothes so tight, very little was left to the imagination. Despite the woman’s heels, she expertly navigated the uneven cobblestones and caught up to him. As she talked animatedly to Bunim, he felt his pulse quicken and sweat beginning to collect on his forehead. He had never been comfortable around women. And this woman was quite formidable, not because of her considerable beauty, but because of her piercing directness. 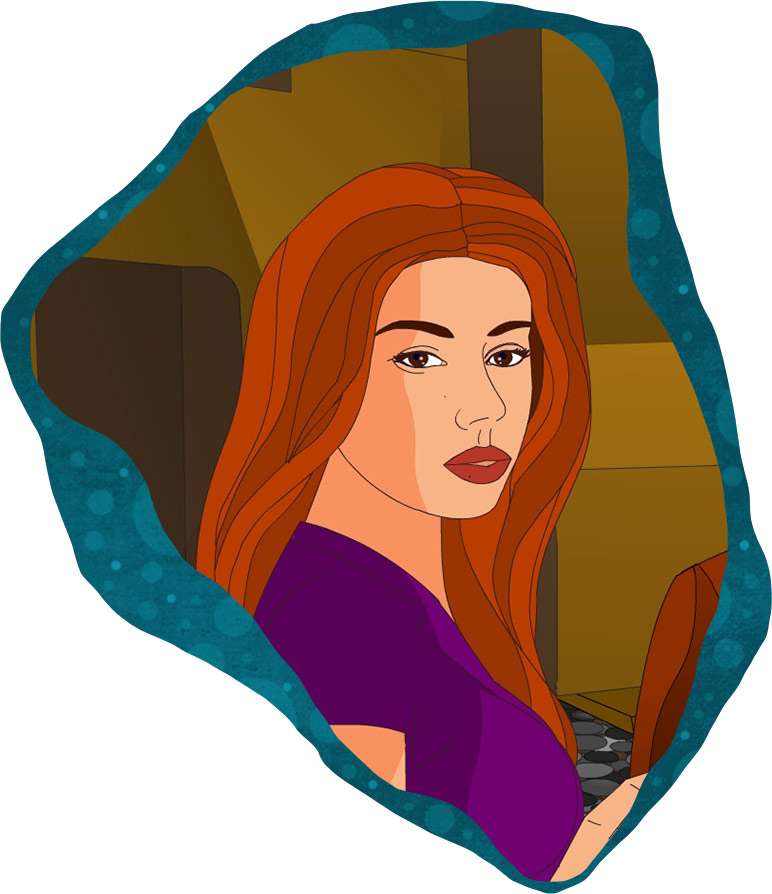 “Today is election day, as you all know,” Paul grinned. “Make sure you get out there and vote for the Governor. He’s the only one in this political race that actually cares about Constantina.” The crowd erupted in cheers, much to Bunim’s chagrin. “Do you want us to lose our Europan values?” Paul shouted with mock indignation. “No! This is our land!” the men and women assembled in front of the Governor’s mansion declared in unison. Bunim sighed. He wanted to walk away. Just then he noticed a beguilingly beautiful woman. She had wavy brown hair cascading to well below her shoulders. 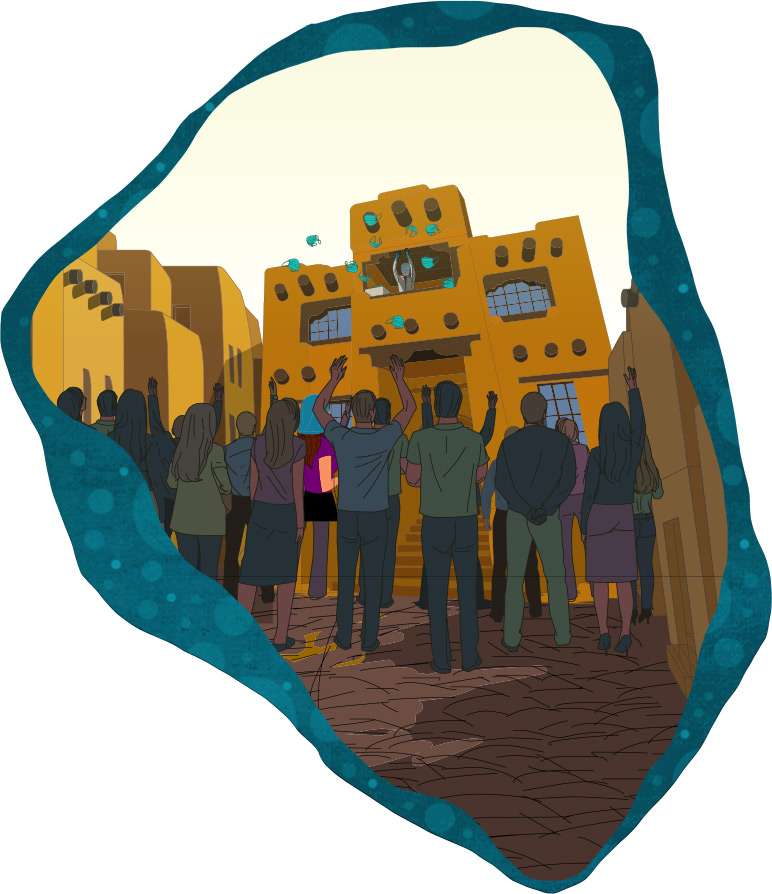 “Bright and early gets the worm,” a short man wearing expensive clothes shouted from the balcony of the Governor’s summer residence. Bunim could hear him all the way from the end of the street. They must have turned up the loudspeakers to full volume. He sighed as he took his time approaching the crowd assembled below the balcony. “I’m Paul, the Governor’s right hand man,” the little man said jubilantly. “You’re in for a treat today!” 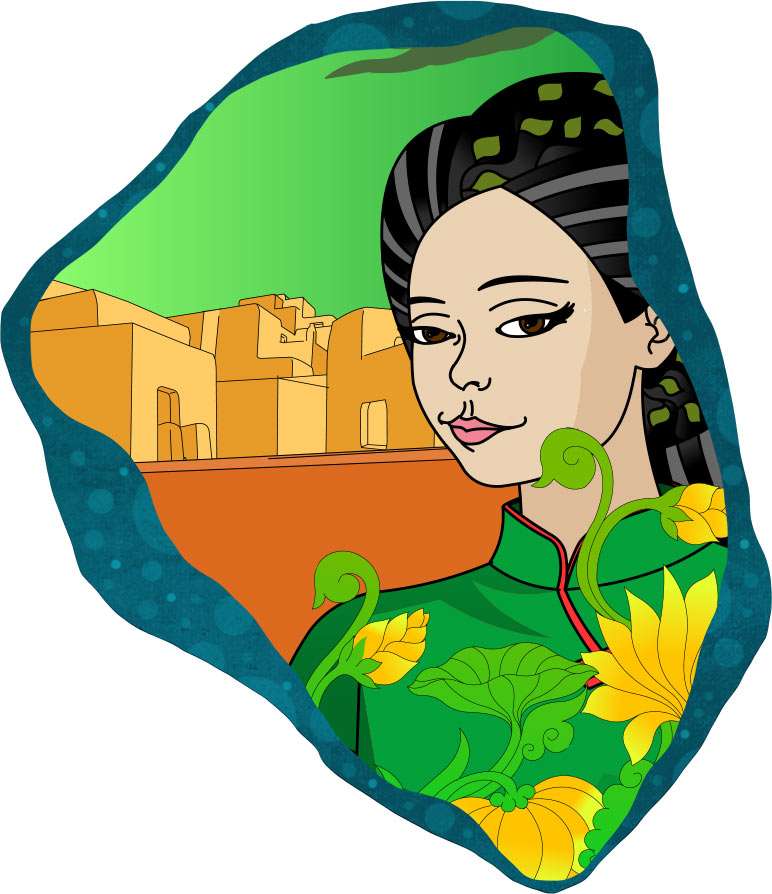 “You need to pay attention to what you’re doing!” Bunim heard a Chin woman scolding a young man. They were working in the garden of the institute, a garden full of brightly colored flowers. “These are rare breeds here. You won’t find them anywhere else in Constantina. So be very careful.” Her brow was furrowed and she appeared to be upset. Bunim walked by the outside perimeter of the institute, nodding his head in greeting. The young man returned his gesture, but the Chin woman was too engrossed in the petals she was scrutinizing to notice Bunim. 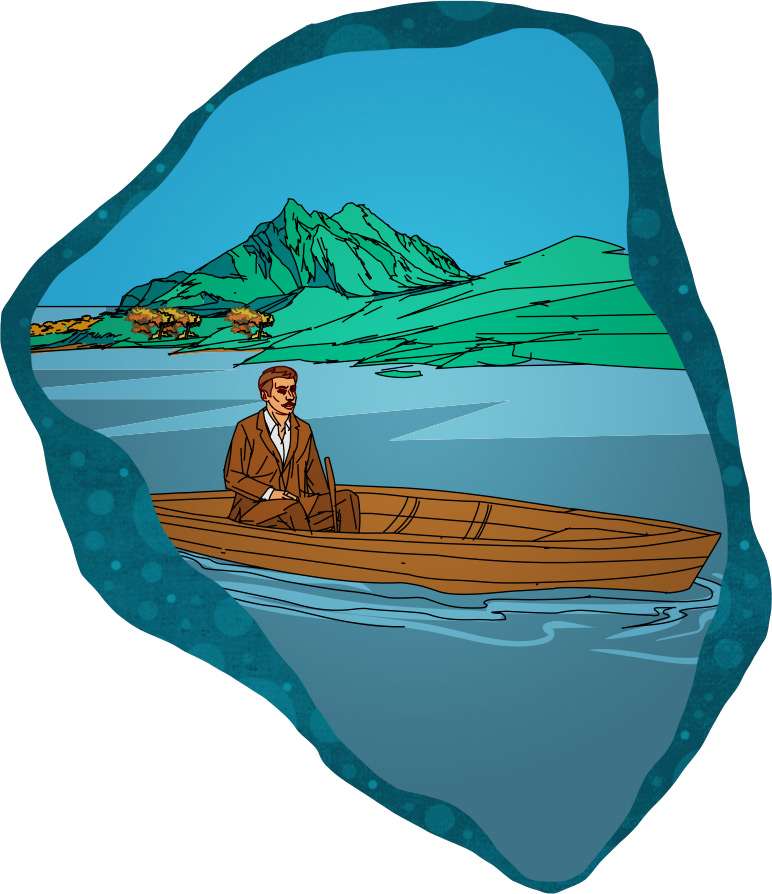 As Bunim stepped into the boat and began journeying across the river, he became lost in thought, “Paul has something up his sleeve. Why would he come all the way to Cardiff on election day? Shouldn’t he be in the capital, rubbing shoulders with the political elite? Cardiff may be old, but it’s not important enough for him to go out of his way to be here. I don’t know what he’s planning. But it can’t be good.” 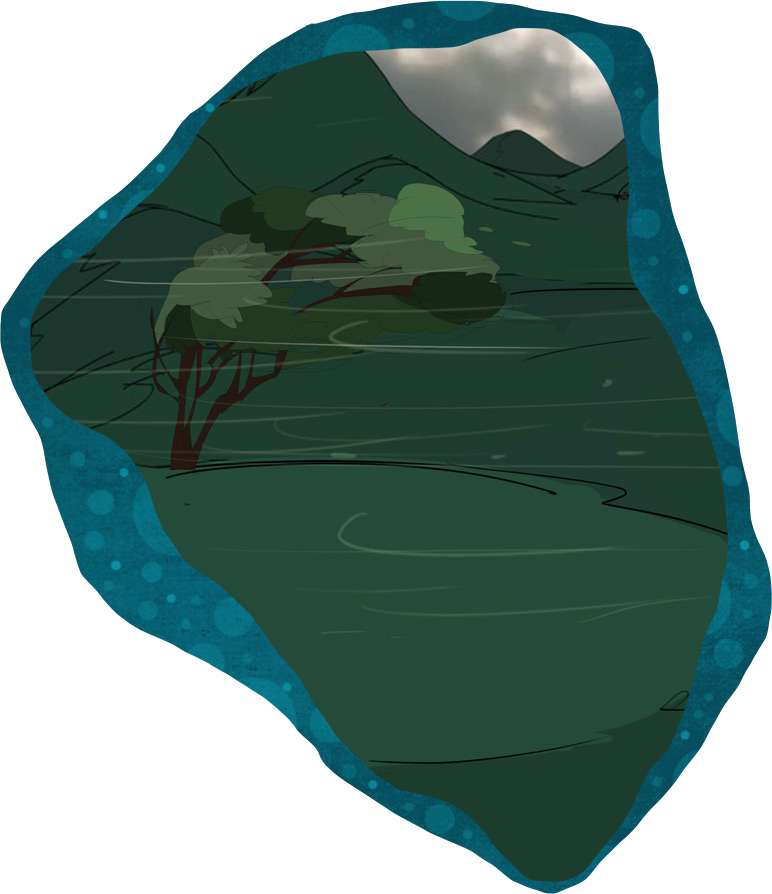 Bunim thought to himself, “The winds smell different all of a sudden. And I really don’t think it’s because I’m standing in the shadow of the ancient mountains. Something is about to change. It is election day today after all. Perhaps the unexpected will happen? But will it be good or will it be bad? That is too simplistic. What is good for one can be bad for another. But no, that’s not it. As I look upon the town of my birth I feel a certain apprehension.” 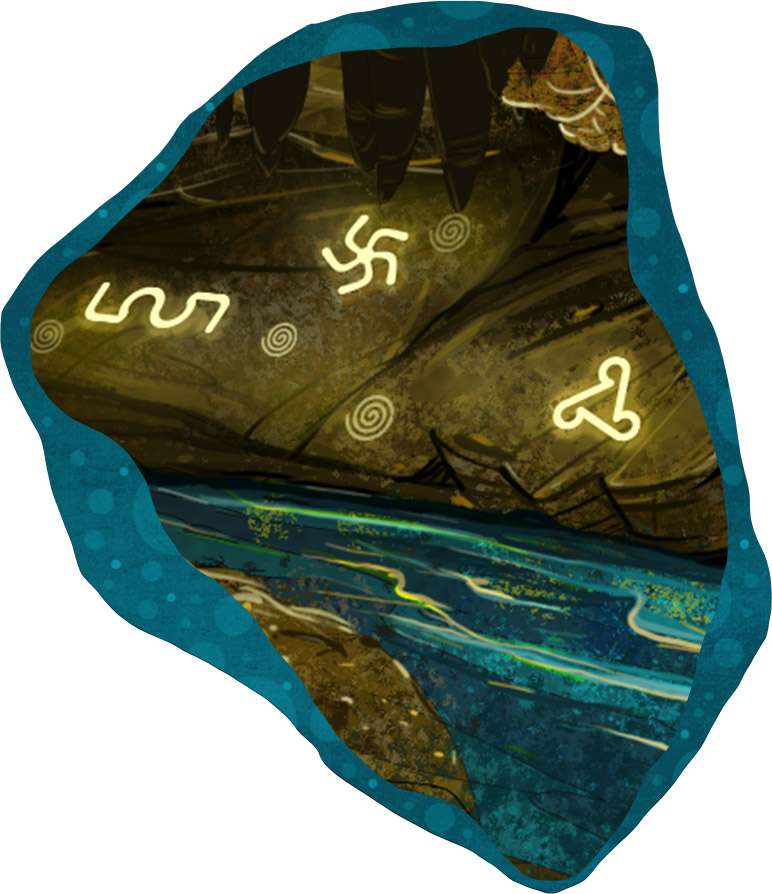 She stopped abruptly in front of the wall, where ancient carvings shone in the dark. It was as though they were glowing. But how? Maya took a step closer, so that her nose almost touched the rocky surface. Bioluminescence! She had heard of the ancient indigenous people of Constantina coating cave etchings with specific types of bacteria that glow in the dark. How ingenious, Maya thought, smiling to herself as she resumed her journey out of the cave. 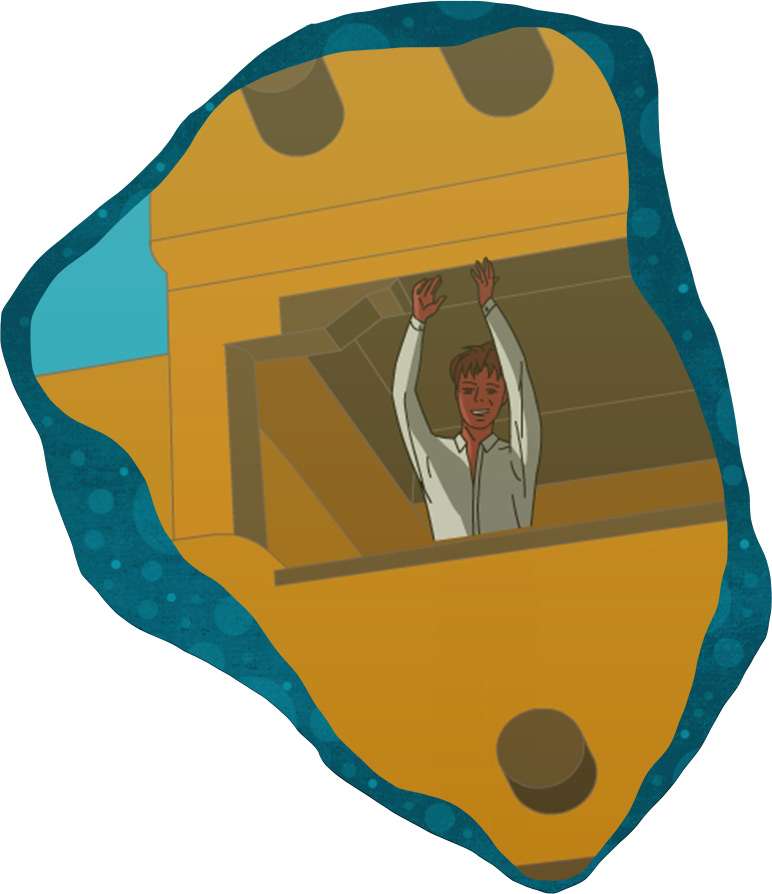 Sometimes his success at fooling himself surprised him. At least in those rare moments, when he was honest. Paul stood on the balcony, looking down onto all those upturned faces, each radiating with an almost greedy eagerness to receive what he was about to give. The Governor’s trust in him dulled an ache within that he had nursed his whole life. So if he had to put on a bit of show to make the old man proud, that’s what he would do. 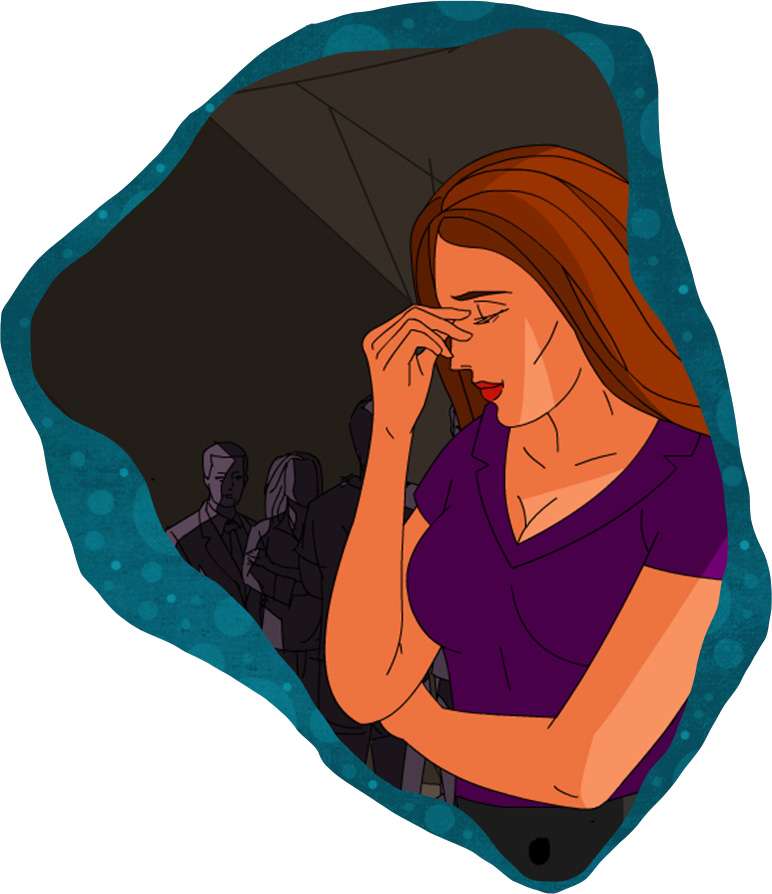 Whenever she saw a mother with her child, Beatrice felt angry. Not sad, but angry. Why did that child deserve a parent? Was it special in some way that she wasn’t? Beatrice quickly crossed the road, so that she wouldn’t have to walk past yet another display of sickening affection. As she hurried toward the fenced in enclosure, she tried to suppress the memory of her ninth birthday, when she had asked the director of the orphanage where her parents were. “Nobody wanted you,” the moustachioed man had said without emotion. “So now we’re stuck with you.” 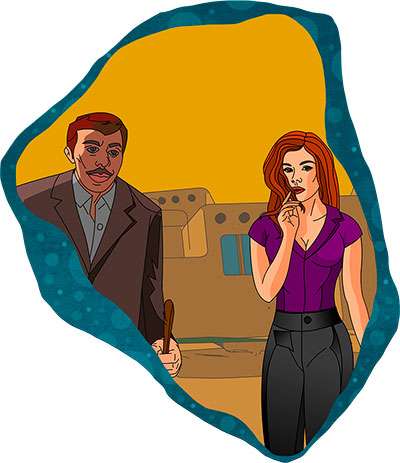 When Beatrice approached Bunim that day, he retracted into himself out of shyness. Only his disbelief at how such a young, sensual creature could wish to speak to him kept him from instinctively running away, as he had done for his whole life until that moment. When she looked at him in that seductive way, he felt even more helpless and paralyzed than usual. 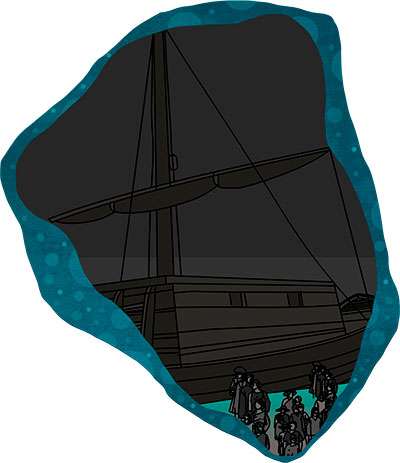 Well after the sun had set, they were packed into a big boat against their will. Hundreds of them stood thigh to thigh, chest to chest, gazing in fear upon the receding mainland. If the clouds had not parted to reveal the full moon, complete darkness would have engulfed them. Where were the agents taking them? What awaited them there? Would they ever be reunited with their families from whom they had been snatched away? 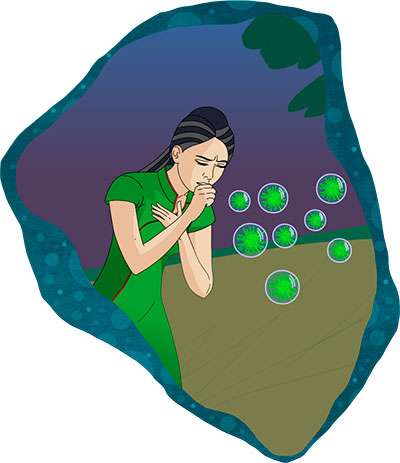 And so the pandemic began five years ago. With Qingshan, who did not even know what had found a new home within her. She sits quietly at one end of the long table. The only Chin person in this ominous room. It would be better if she were not present here in this Meeting of Conclusions. Bitter words of the recent pandemic agitate her most vehemently. So much so that her anxiety resonates with my thoughts and emotions.

Svevi Avatar: On the Brink

Svevi Avatar: Collect them all (November 2020)

Wicomico Cove is outside the boundaries of Constantina, on the western shore of the Chesapeake peninsula across the Chesapeake Bay. Constantinans are forbidden from crossing the waters; yet seminal events of life-altering consequence occur in Wicomico Cove. This numinous place of ancient forests is introduced in Svevi Avatar Glimpses: The Pandemic Begins: it is where we first meet Xetal.

Cardiff is one of the oldest Europan towns in Constantina and lies at the feet of the breathtaking Shenandoa mountains. It is the most southwestern frontier settlement, built on the eastern bank of the meandering Shenandoa River. Cardiff is the birthplace of Bunim Cardozo, the focus of Svevi Avatar Glimpses: The Pandemic Begins, and where much of the action in the novella and graphic novella unfolds.

Oniosa is the westernmost frontier settlement of the Europans in Constantina, lying at the bend in the mighty Potomac River, from where the Shenandoa River emanates. Oniosa has evolved into a large industrial city polluting the rivers and lands around it, causing large-scale environmental damage. The importance of Oniosa is gradually revealed in the Svevi Avatar novel pentalogy and the forthcoming Svevi Avatar Glimpses novellas.