Earth is the first of the five main elements in the science of the ancients. It is associated with the color brown and the characters Danut and Nuna from the world of Svevi Avatar. Find out why and how as the multi-media universe of Svevi Avatar unfurls through books, movies, and television series. Visit this page often as the significance of the element of earth is gradually revealed. 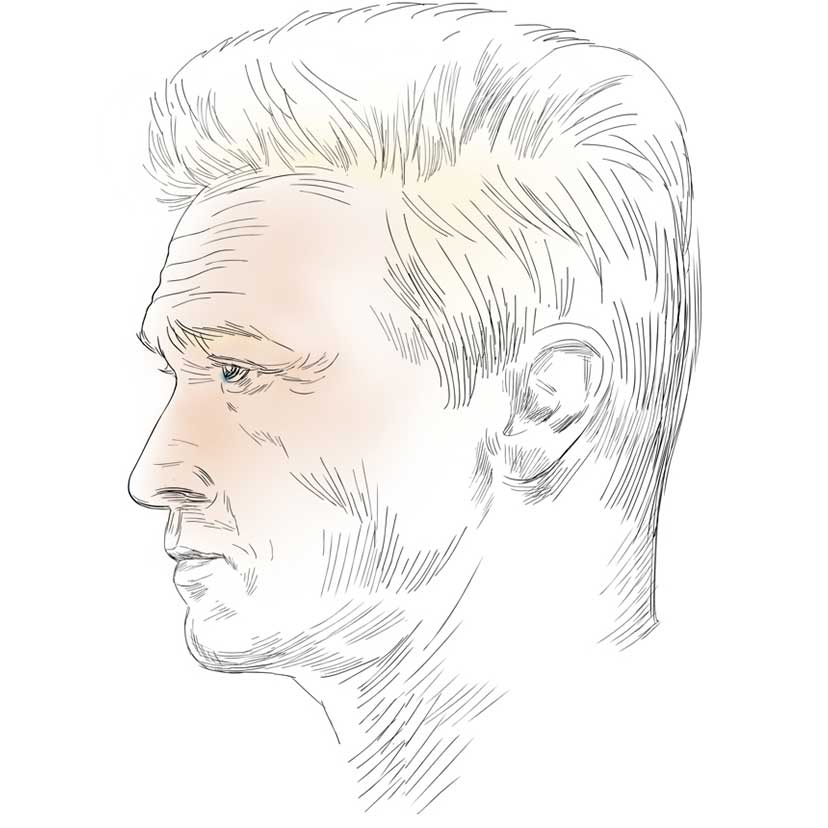 Danut, a prickly man of Europan descent, is the autocratic Governor of Constantina. Despite his prominent position, his thirst for political power seems bottomless. Will his attempts to overthrow the Guardians, in whose hands the country’s fate lies, be fruitful?

“And that is why our work is not finished, Constantinans. The enemy still surrounds us. The Guardians have always resorted to using their subjects, the primitive savages of this continent, in their war against us. They still try to snatch away our liberties. Why should we let the Emperor, who himself is descended from the savages, tell us how we can use our lands and our rivers? Why should we simply accept the conditions they have imposed on how we live? And why — why should we allow those Godless barbarians to tell us how to worship our God?” 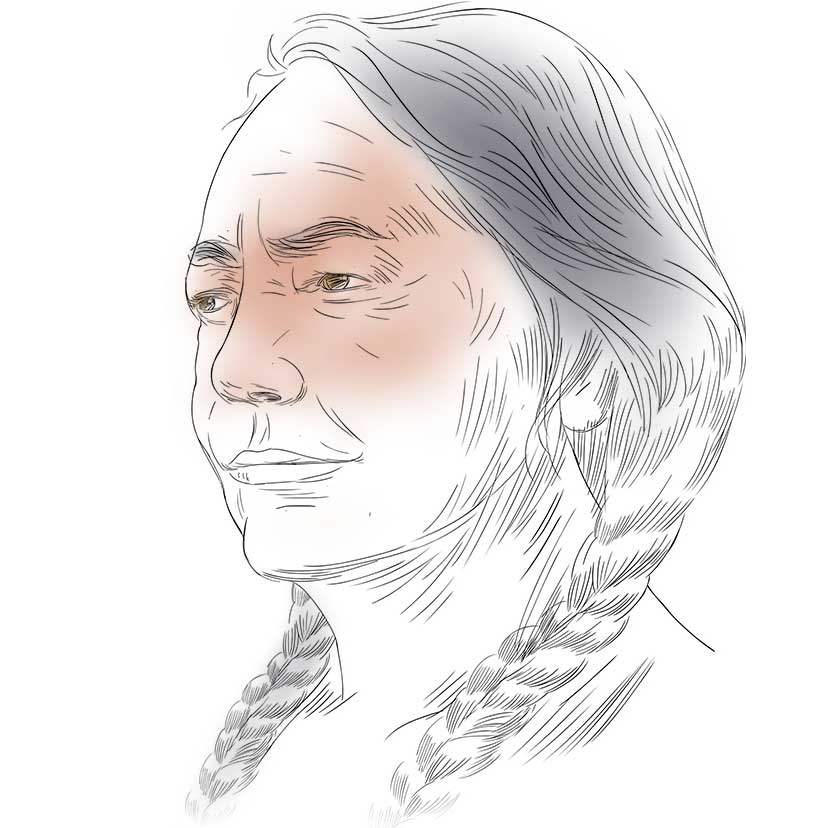 A trauma suffered in her adolescence has caused Nuna, indigenous to Kanata, to contend her entire life with an ongoing crisis of self-confidence. When a mysterious disease afflicts her people, she is able to retard it with her remarkable healing powers. But will her efforts be enough to save them?

“I cannot stop the flow of the poison that is causing the sickness. I am only able to mitigate it. But not for much longer, since I cannot go to my village for the plants I need to make medicines. We have never experienced any such cause of disease that perpetuates itself. But perhaps it is my inability that prevents me from healing them.”

DISCOVER THE WORLD Discover the world of Svevi Avatar through the hearts and minds of its characters. 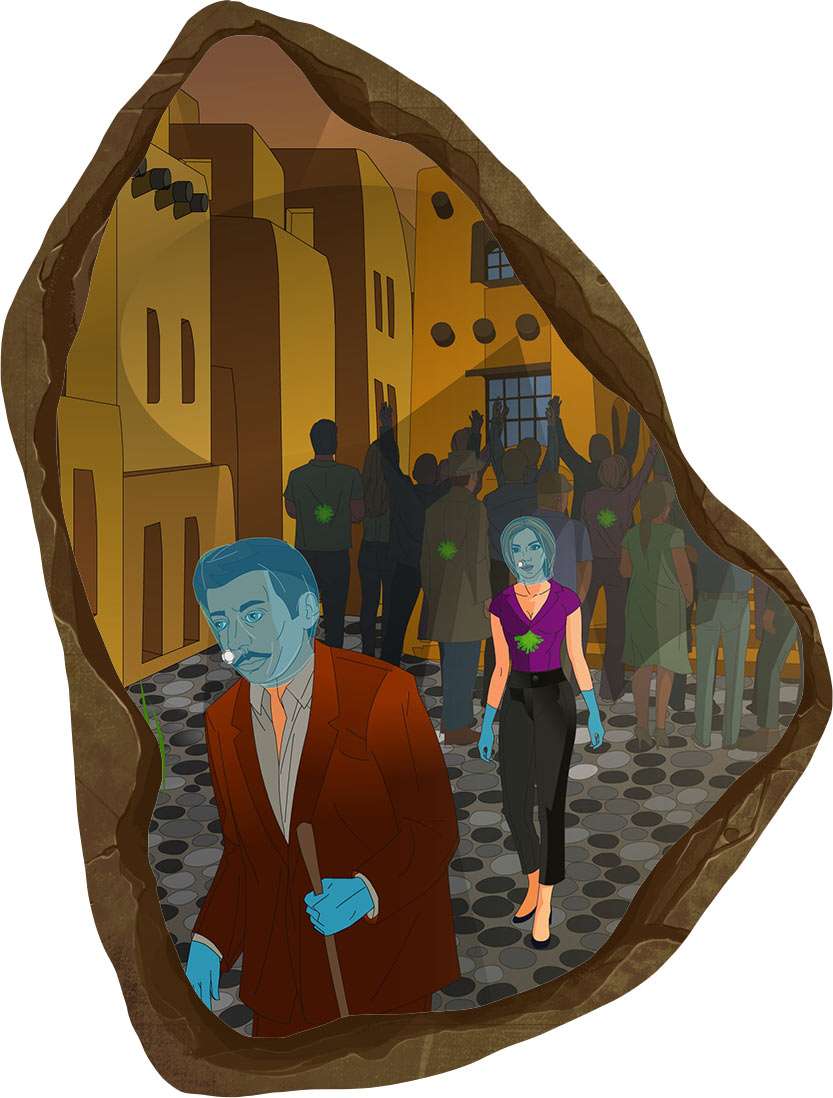 Bunim took a long look at the mesmerized crowd below the balcony and then turned firmly away. He had had enough of the adulation and meaningless rhetoric. Bunim leaned on his stick and walked toward the main road. As the crowd’s clapping and shouting became quieter, he heard a different kind of sound behind him. It was the tapping of sharp heels on the cobblestones. He quickened his pace, trying to ignore the surge of pain in his leg. The tapping increased in frequency. Whoever it was behind him was following him.

This is what Bunim disliked so intensely about politics. The art of empty speaking that most of the politicians seem to revel in having mastered. Why it was a skill to utter words while saying almost nothing of substance was unfathomable to him. It saved so much time to simply speak one’s mind and to tell the truth. As he stood there listening to Paul up there on that balcony, he felt revulsion filling his mouth and throat. That little man’s vacuous words were as distasteful as his condescending manner. Why the people around him were so beguiled by him, Bunim didn’t understand. 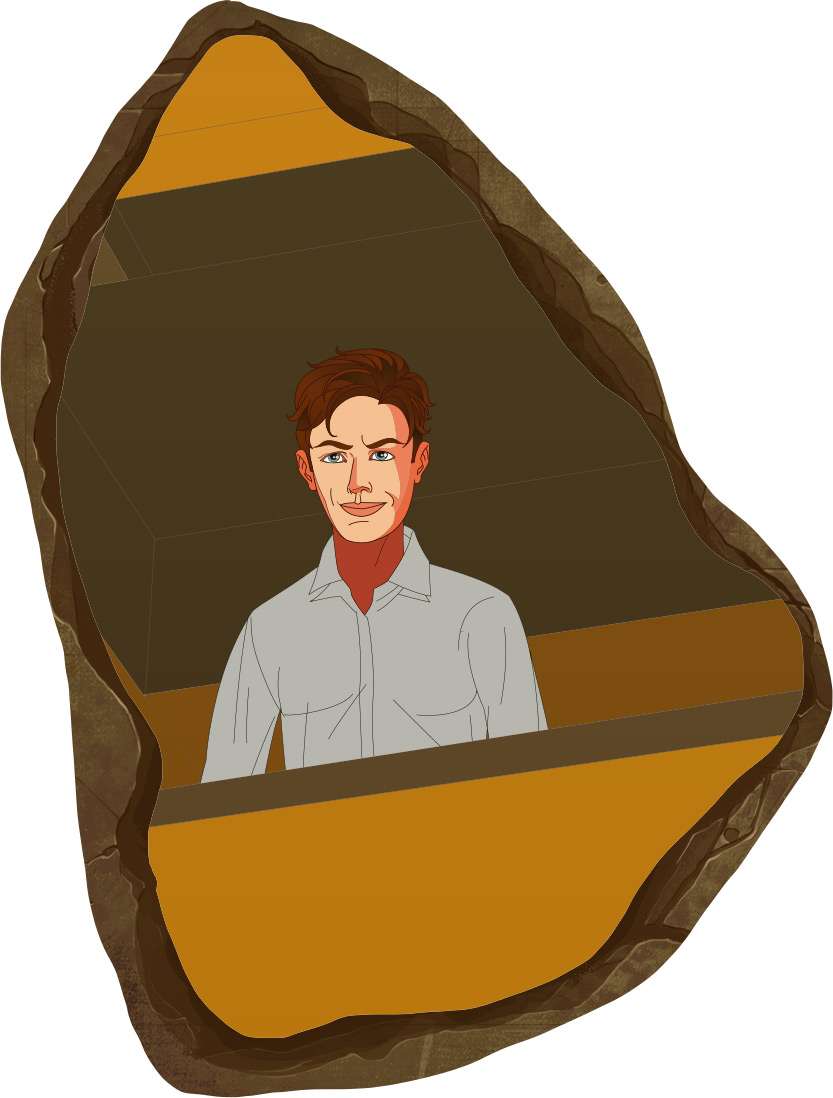 The cobblestones of his childhood glistened beneath his shoes, as Bunim made his way to the center of town. It was still early morning and people were already hurrying along the streets. They were going in the same direction as he was: toward the Governor’s summer residence. It was one of the only buildings in this part of Cardiff that hadn’t been torn down when the town had been run over by the big city dwellers. He was not looking forward to having to attend the rally. Even though he was a senior government official, he didn’t care much for politics. 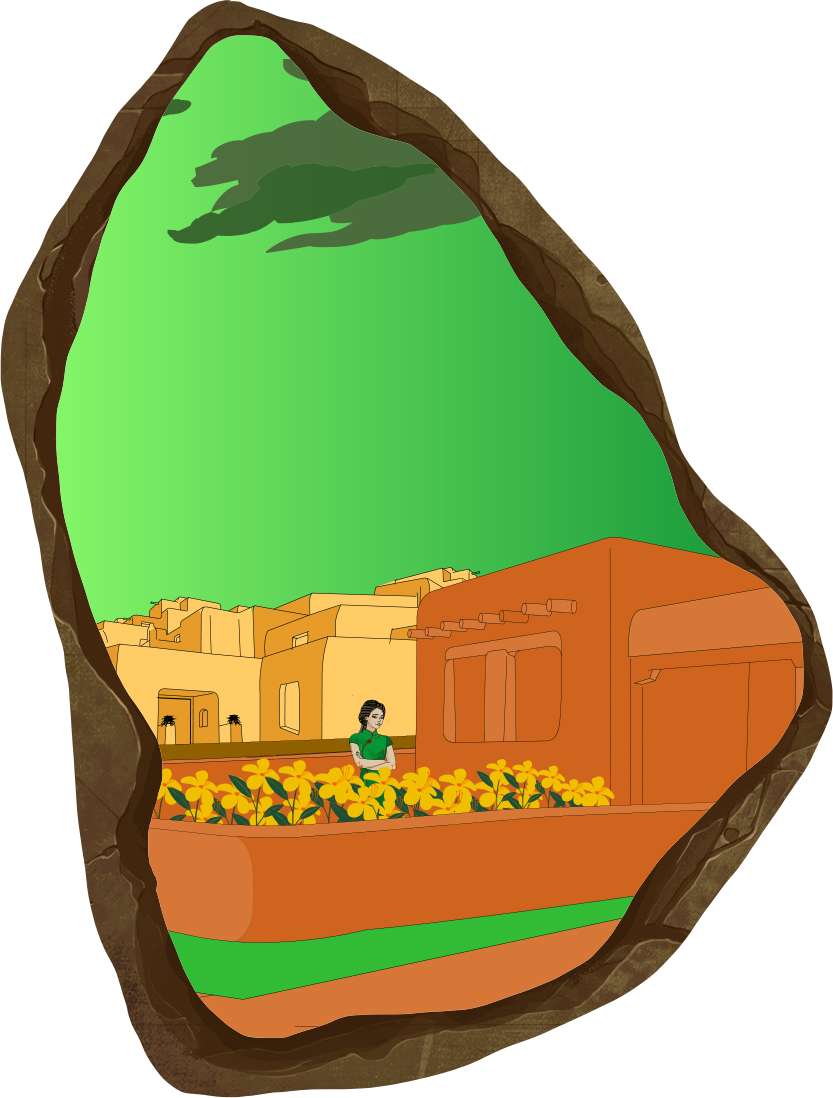 Supporting himself with his walking stick, Bunim climbed out of the boat. The little marina on the southern side of Cardiff had grown quite a bit in size since the out-of-towners had arrived a few years ago. There were many boats anchored to the sturdy wooden pegs built into the wooden boardwalks. In his childhood, there had been one solitary boardwalk. Now, five of them crisscrossed each other. Bunim strolled down the wooden path, breathing deeply of the fresh air on the southern outskirts of his home town. He walked toward the center, passing by the institute. 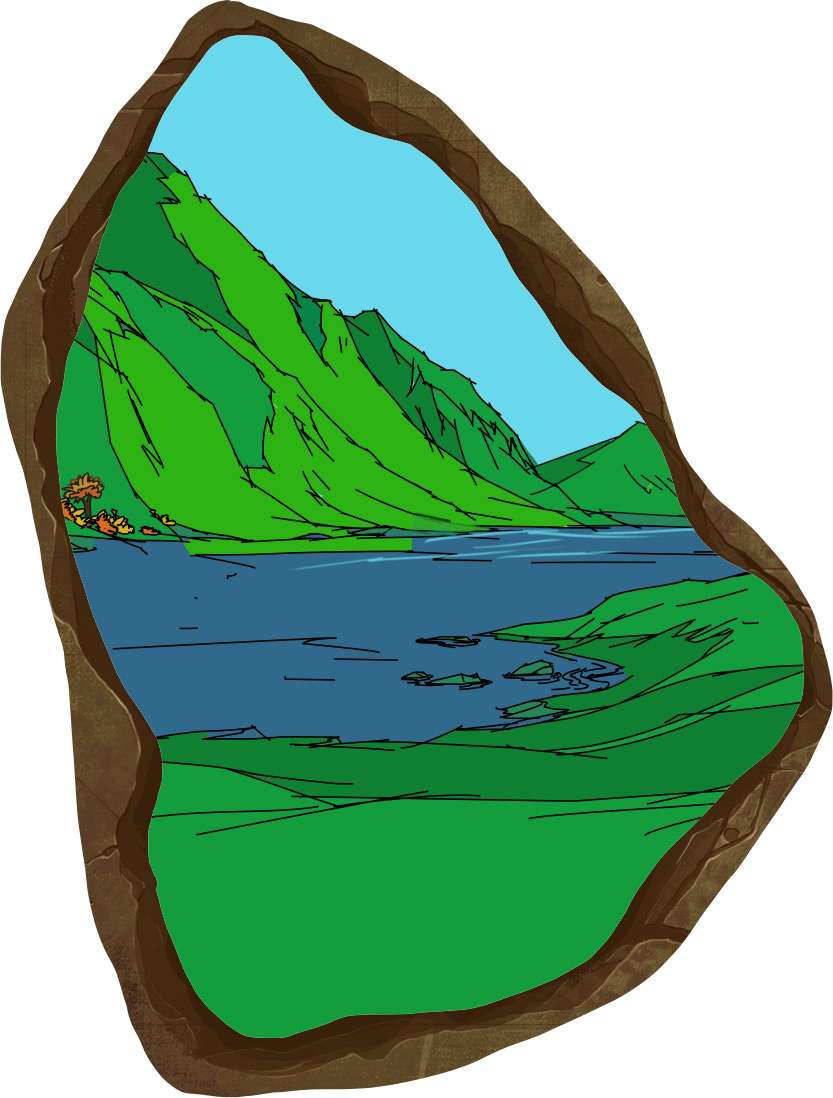 How Bunim envied the river, for it didn’t seem to be swayed by the vicissitudes of human existence. There were times when he wished he could just give himself over to the waters and float away without a care. But duty called. He had to be in town in time for Paul’s appearance. It would be unseemly for him not to make an appearance when his men were required to. Bunim sighed and began to walk slowly toward the little motorized boat that waited for him down the river. 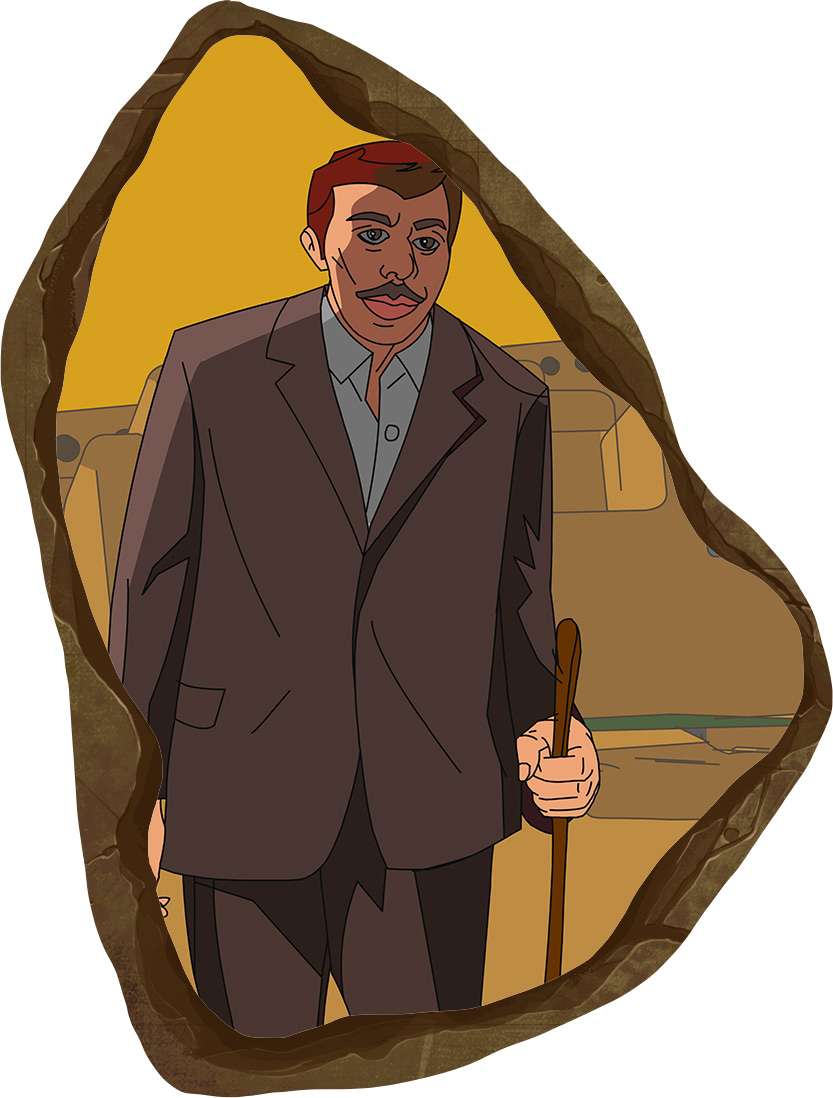 Something felt different about that sunrise. The river’s waters didn’t shimmer in quite the same way as they usually did in the sun’s new light. But perhaps that was because he was standing on the western bank of the river that morning, gazing beyond the silhouette of his beloved town to the horizon in the east. Bunim stood still, leaning on his walking stick for support. He hadn’t been on the other side of the Shenandoa river since he was a boy. Since before everything changed. 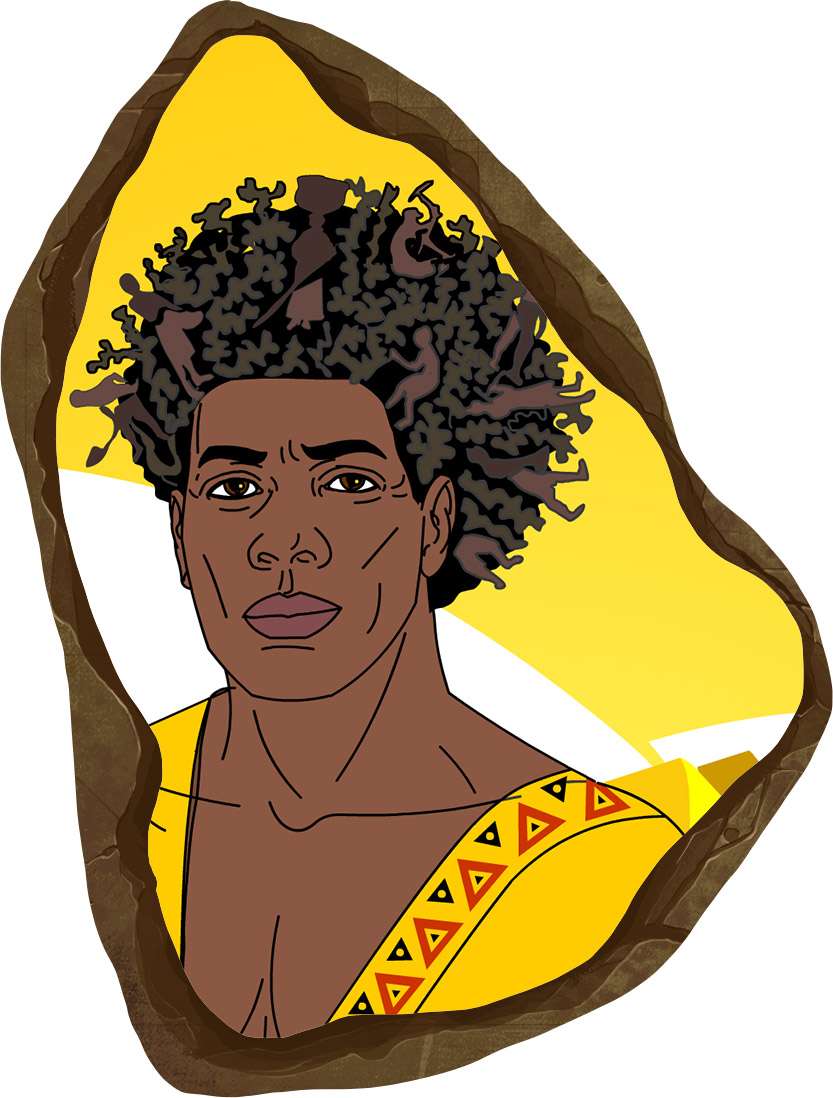 Some days are more difficult than others to be two people at once. What a surreal land I live in, where the person I am inside cannot be the person I show outside. At times I envy the people of my town, most of whom haven’t set foot much beyond our walls. But my daily reality is a different beast altogether. For when you work with the Constantinans, your personality needs to be as pale as their skin. Otherwise, they feel uncomfortable and insecure, and you risk losing your livelihood. 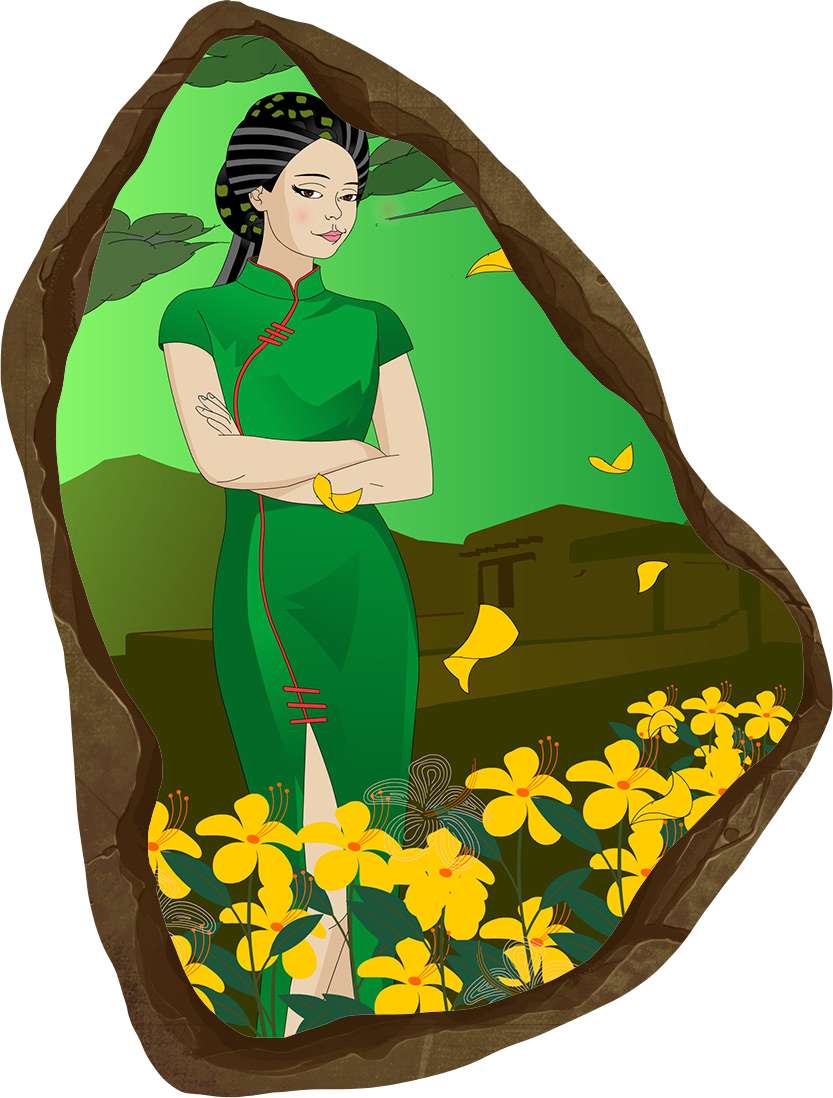 I have no patience for laziness. I have no compassion for weakness. It’s very simple: if you don’t have what it takes, then you don’t belong here. There’s no sugar-coating it. I’ve been proving my whole life that I’m better than all of them put together. So they have no choice but to recognize my abilities. After all, they’re the ones who tout this as being a meritocracy. If it isn’t, then don’t prevaricate. 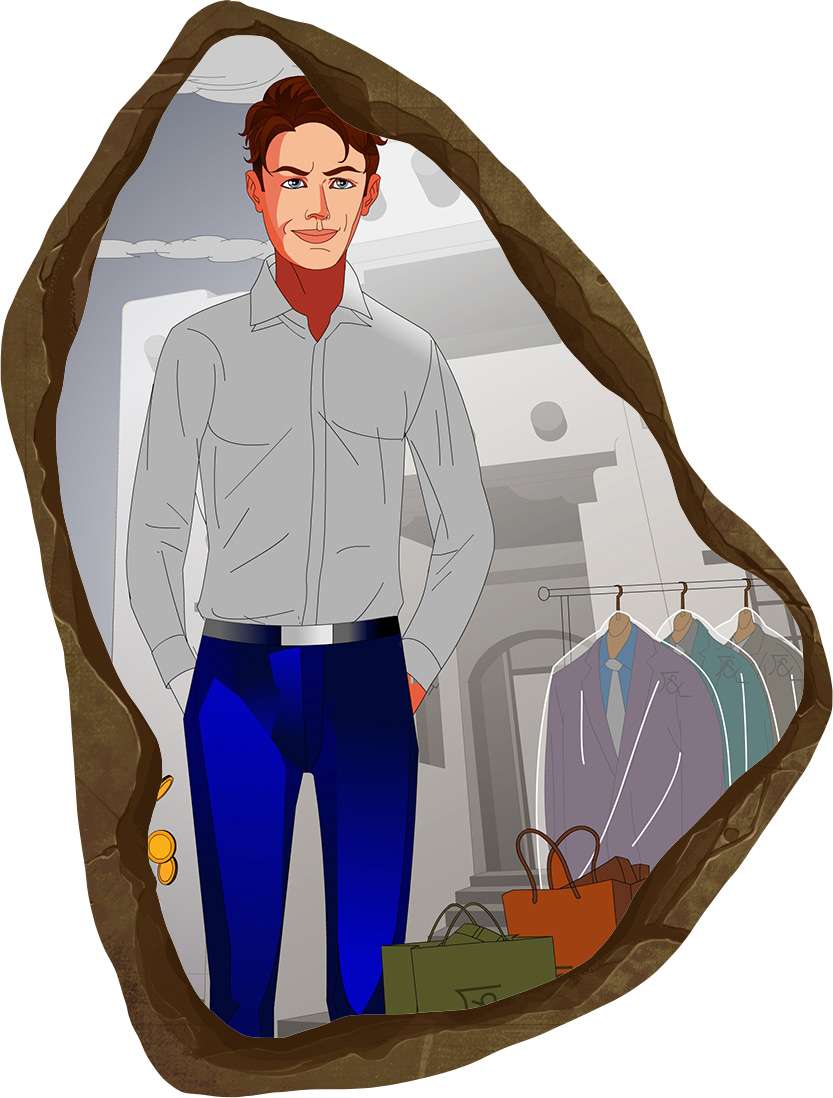 I’m the Governor’s right-hand man because I’m good at what I do. Those losers who whine about how I got to where I am because of white privilege are just jealous because they don’t have what it takes. People love me. I’ve heard many of my fans tell me that they feel like they could just grab a drink with me and chill out. That doesn’t just happen on its own. It’s my particular brand of magic. 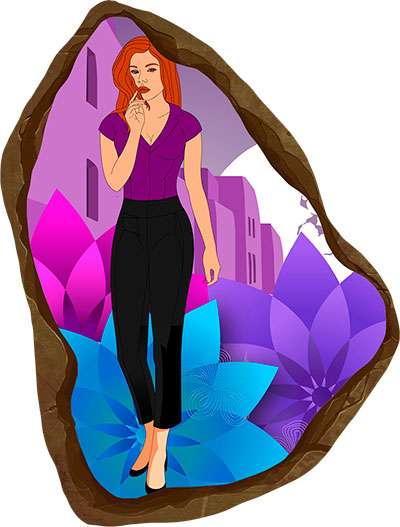 I do what I need to so I can survive. I’m not going to apologize for it. Different people are born with different gifts. Some can throw a ball really well. Some are great with their minds. Well, I was born with beauty. So why should I let that go to waste? What’s the difference between someone using their brains for gain and me using my looks? 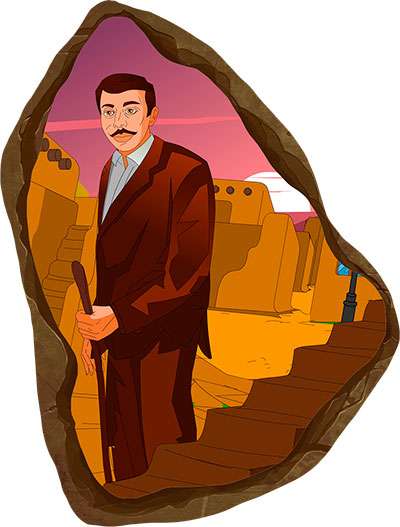 Should I now question the dream our Founding Father had for Constantina? We built our settlements with hard work, but now I learn that we were misled. Does this mean that our very foundations are rotten? Should we let our patriotic pride curdle into clumps of guilt and grief for the lies we believed and the suffering we caused? 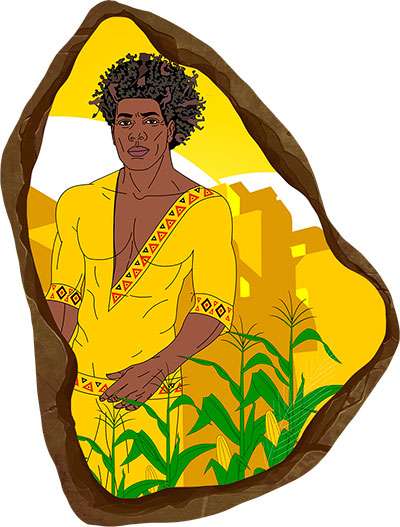 I don’t know what waking up to the certainty of security feels like. When I open my eyes each morning, the first question that enters my mind is how will I have to alter my behavior today, so that others don’t feel threatened? How will I have to speak and look so that I appear less than what I am? Less strong. Less dark-skinned. Less different. How will my hair offend? How will the way I speak be mocked? No, I don’t know how it feels to feel secure with being who I am.

Svevi Avatar: On the Brink

Svevi Avatar: Collect them all (November 2020)

Wicomico Cove is outside the boundaries of Constantina, on the western shore of the Chesapeake peninsula across the Chesapeake Bay. Constantinans are forbidden from crossing the waters; yet seminal events of life-altering consequence occur in Wicomico Cove. This numinous place of ancient forests is introduced in Svevi Avatar Glimpses: The Pandemic Begins: it is where we first meet Xetal.

Cardiff is one of the oldest Europan towns in Constantina and lies at the feet of the breathtaking Shenandoa mountains. It is the most southwestern frontier settlement, built on the eastern bank of the meandering Shenandoa River. Cardiff is the birthplace of Bunim Cardozo, the focus of Svevi Avatar Glimpses: The Pandemic Begins, and where much of the action in the novella and graphic novella unfolds.

Oniosa is the westernmost frontier settlement of the Europans in Constantina, lying at the bend in the mighty Potomac River, from where the Shenandoa River emanates. Oniosa has evolved into a large industrial city polluting the rivers and lands around it, causing large-scale environmental damage. The importance of Oniosa is gradually revealed in the Svevi Avatar novel pentalogy and the forthcoming Svevi Avatar Glimpses novellas.